Home
Resources
Can you get a DUI on a bike?

After having some drinks with your friends, it is a good idea to go for your bike helmet and leave your car keys alone. But DUI on a bike will still be a matter of concern for you. Now the question is, can you get a DUI on a bike? But the answer to this question is not as simple as yes or no.

You might ask why it is complicated! Well, you still might end up in a serious road accident. Some states in the US do consider it a serious crime, while others don’t recognize it in the same category. But biking under the influence of alcohol might still be dangerous.

DUI or driving under the influence is an offense or crime of motor vehicle operation or driving while being impaired by drugs or alcohol. The types of drugs for a DUI include both prescription drugs as well as recreational drugs. The effect of the drugs on drivers is so much that they become incapable of driving safely. DUI is considered positive if a person has a 0.8% blood-alcohol level or more in weight.

Dangers of Biking under Alcohol Influence

In several states across the US, DUI is illegal either while driving a car or riding a bike. For those of you who think that can you get a DUI on a bike, well, the simple answer to that is because more than a quarter of all those fatal bike accidents involve drunk cycling.

Some of the direct effects of alcohol or drugs that can result in bike accidents are as follows :

When you are on a bike, you might need more of your motor skills, hand-eye coordination, and concentration as compared to when you are driving a car. And of course, you must maintain your speed and obey all the traffic rules. Alcohol negatively influences all these capabilities.

When you are under the influence of these substances, you will not be able to avoid any obstacles or read any signs. You will only be focusing on maintaining your balance and avoid reading any signs or assessing road conditions. Therefore, biking under alcohol influence becomes extremely dangerous.

DUI and Cycling: What Says the Law?

For a simpler answer to can you get a DUI on a road bike, we need to see which US states consider it a vehicle and which don’t. You will not get a DUI where the state doesn’t recognize a bike as a vehicle.

Any person in any state, who has been arrested for public intoxication and has a blood-alcohol concentration (BAC) more than 0.8%, is considered legally intoxicated. It is true whether there are any physical signs of intoxication or not.

Now, it heavily relies on how a state defines a vehiclein its statute. It is described as anything that transports or moves people; then, a bike falls under the definition of a vehicle. If the statute uses the word motor to define its DUI statute, you might get a DUI on a bike.

But there is a no simple yes or no answer to your question can you get a DUI on a bike. States that don’t take the bike as a vehicle will still impose fines under endangerment offense or public intoxication.

Fines are quite common across different states where police officers slap individuals involved in DUI. The states where DUI is an offense, the legal statutes impose fines ranging from $500 to $2000.

But if it is not an offense under the statute, then the officers can impose fines under any other offense. These may include public intoxication or even endangerment offenses.

If there is no state law, the officers on the field can impose a fine under any category associated with public intoxication.

Other Charges Drunk Bicyclists Could Face

The most important part of answering the question of can you get a DUI on a bike is penalties and other charges. A person is presumed innocent until proven guilty.

The first DUI offense is misdemeanor-classified and is punishable by jail time of 6 months.  Any subsequent offenses will result in jail time of several months.

In some states where the third or fourth offense is considered as a felony because someone has got injured or killed, then jail time, of several years, is slapped. But it entirely depends upon the state law and the judge sitting at the trial.

Apart from jail time, DUI offenders might also get their licenses suspended for an indefinite period. A state with a DUI statute might suspend a first time offender’s license for at least 90 days.

Biking when Intoxicated – Laws by State

Can you get a DUI on a bike – Final Word

So, as we have mentioned in the beginning, the answer to your question, can you get a DUI on a bike, is not very simple. Different states have different rules regarding it. Some states consider it to be an offense and impose penalties. In contrast, others don’t consider it an offense but still might impose fines.

But penalties or not, your road safety is in jeopardy if you drive under the influence. Whether or not there are any DUI penalties in a state, you need to be a lot more cautious on the road even if you are riding a bike.

Take care of yourself as well as others! 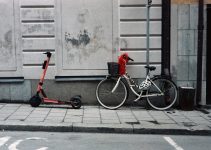 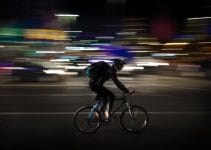